Back to: Gaming Monitors 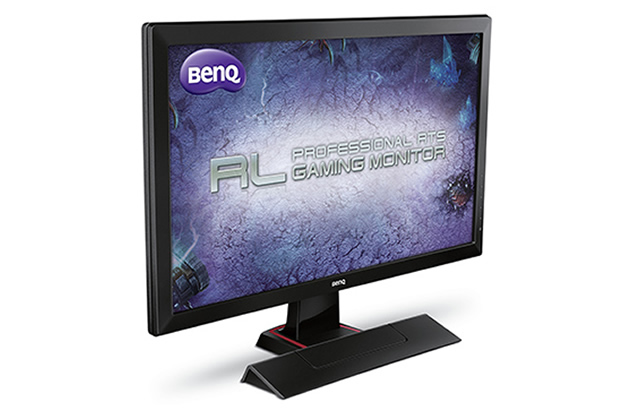 Gaming Is in the Details
Command and Visibility for Total Control
Built to set the benchmark for RTS gaming monitors, the RL2455HM is a true testament to the belief that 'gaming is in the details. Every feature and function has been meticulously thought out to provide RTS gamers with vital visibility and command to achieve peak performance.
Teaming Up with World-Leading Legendary Players of League of Legends
BenQ continues its cooperation with legendary players of League of Legends who starting from this January represent Gambit Gaming. Alex Ich, Diamond, Darien, Genja and Edward (previously known as Gosu Pepper) – This quintet has deservedly been one of the best teams in the world. Over the years, they’ve demonstrated strong gaming performances in League of Legends tournaments worldwide, winning on BenQ’s professional gaming monitors. The Gambit players, who had barely made it out of the Intel Extreme Masters Katowice group stage, impressed everyone with their trademark aggressive play. 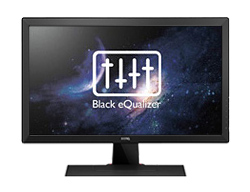 The Black eQualizer Gives You Total Visibility
The Black eQualizer is a new feature co-developed by BenQ and professional gamers to give gamers an unprecedented level of control and visibility. Via color engine technology, dark scenes are brightened without over-exposing white levels to retain high-quality image details. The Black eQualizer allows gamers to easily spot their enemies in critical combat, enabling them to react quickly in any situation. Don’t let poor visibility and judgment cost you the game.
New Exclusive RTS Mode Ensures You Would Play Like a Pro
During product development and testing stages, BenQ's product team fine-tune the display performance of the RL2455HM is a true testament to the belief that 'gaming is in the details. Every feature and function has been provided to RTS gamers with vital visibility and command command to achieve peak performance. What they came up with is the preset RTS mode that adjusts your monitor settings accordingly for optimum RTS gaming. Now, we offer the two modes for players options: the RTS 1 mode for StarCraft II and the RTS 2 for Dota II. The exclusive preset RTS Mode will be your ultimate secret weapon. 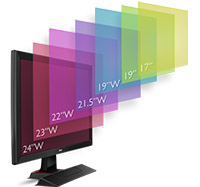 Customize Your Individual Viewing Preference
The Display Mode and Smart Scaling features allow you to change the monitor view to suit your liking and to simulate any in-game experience. Interchange instantly between four different screen sizes from 17", 19" and 19"W, 21.5"W, 22"W, 23"W to 24"W using the Display Mode. Or take advantage of the Smart Scaling feature and enjoy the flexibility to freely scale the screen content to any custom size. You can certainly use the two features together to get the best possible view for any application or game.
Fast 1ms GTG Response Time
Fast response time of 1ms GTG means speed without the smear for an enhanced gaming experience. Fast-moving action and dramatic transitions will be rendered smoothly without the annoying effects of smearing or ghosting. Control your gaming destiny and don’t leave it in the hands of slow display.